For our February Box, Dans Ma Cuisine, we are proud to be partnering with culinary favourite, Emile Henry!

To learn more about this culinary favourite, we have provided a little background story for you!

Emile Henry’s founder, Jaques Henry, discovered the world of ceramics in 1848. Born in Burgundy, he became a potter at a very young age. His first workshop grew quickly. And by the 1900’s, La Maison Henry was found all over Paris.

In 1982, La Maison Henry changed its name to Emile Henry, as a tribute to Jaques Henry’s grandfather. This change was seen as a symbol of passion, which has been handed down for 6 generations.

Emile Henry’s handmade ceramics are designed to make cooking easier and fun. Some of their most popular ceramics include their pie dish, flame ceramic, and bread cloche.

Be sure not to miss culinary favourite, Emile Henry in this February’s Box!
Click HERE to order now!

Don’t forget about our first, My Golden French Key, in this February box. This year there will be a Golden Key placed at random in just one of the boxes shipped each quarter. This key will unlock a luxurious prize from an iconic French brand. In February we are proud to be working with Annick Goutal, who are offering products to the value of over $300 to the recipient of the key! Good luck! 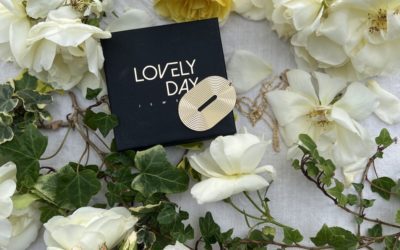 If you received our Box N°24 - Midnight in Paris, then you are already familiar with Lovely Day.For those of you who are not familiar with them, they are a jewelry brand that makes hand-made jewelry in France. 7 chemins necklace Lovely Day designs and creates all of... Today, we are very happy to share our August Box N°19 brand teaser with you! This summery Box will be curated around the theme Un Weekend à Saint-Tropez (A weekend in Saint-Tropez). We are so excited for this Box and have filled it to the brim with luxurious gifts... 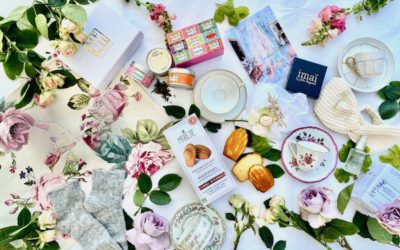 We are so excited to finally reveal the contents of the May Box N°18! These days, we're all feeling the need to treat ourselves... to indulge in a bit of pampering, for a chance to feel spoiled. We've curated a collection of luxurious items that will allow you to do...